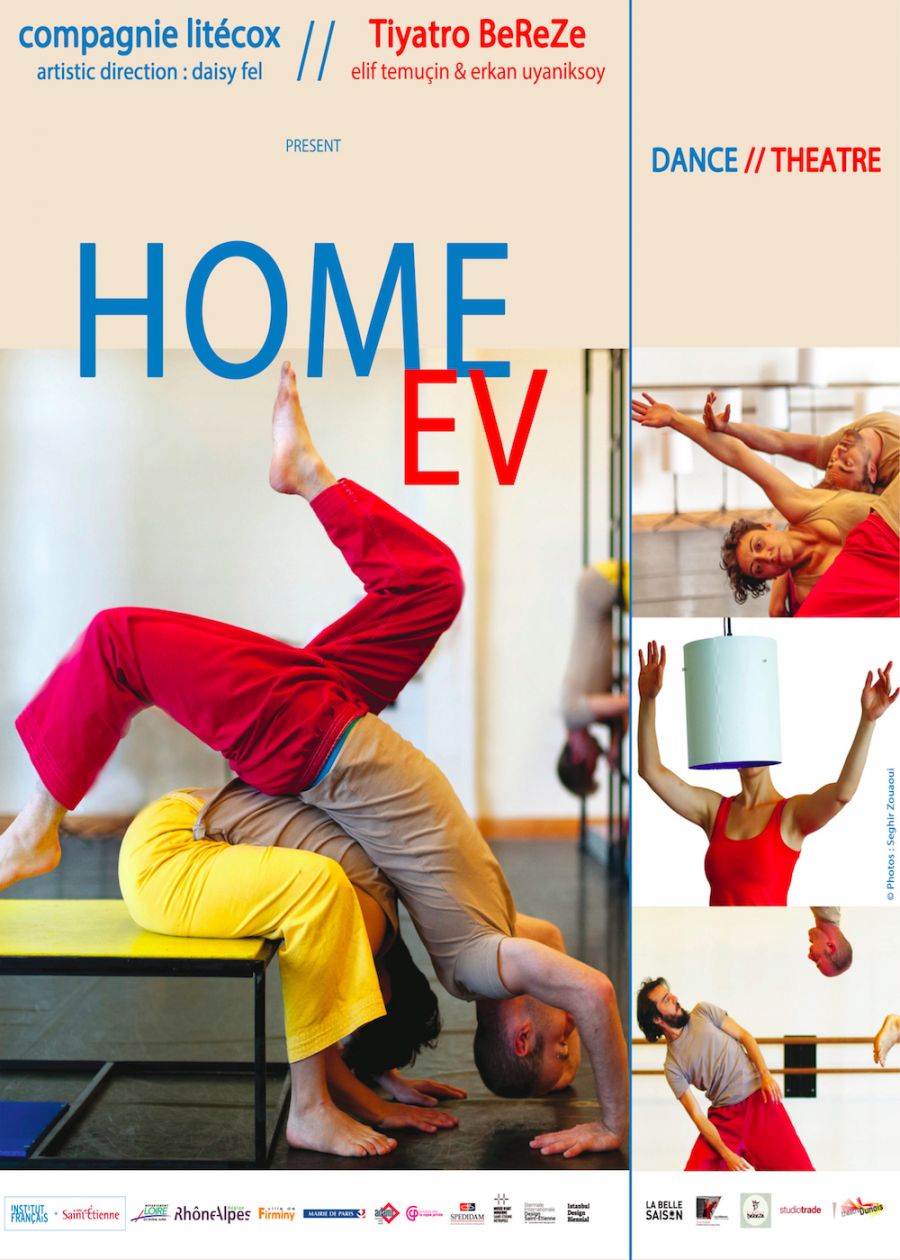 Five dancers live in a mobile home, a house full of light with primary colors. Along with their moods and each of them’ feelings, the walls move to compose new spaces, create unexpected universes, framing a happy utopia.

Litecox company proposes with Tiyatro BeReZe a new version Home, performance created in 2013 in homage to Charlotte Perriand, architect-designer French female pioneer, precious Le Corbusier’s collaborator. Daisy Fel invited the four interprets to question the body in its relationships with the other, with objects, with the dwelling. The designer collective "Une Affaire de Goût" ("A matter of taste") conceived and constructed a scenography where the decor elements become real game fellows. The bodylines explore the possibilities of each element movements, building a suite of ideal spaces. In this peculiar design home, fun, well-being and sharing are  the first concerns...